After camping out at Bailey's Rocks in Dergholm State Park overnight following yesterday's Red-tailed Black-Cockatoo count, I decided to make the most of the trip to the far SW of the state and check out my favourite spots around the Portland coast in the (somewhat vain it turns out) hope that the wild weather over the last few days had brought some seabirds in close to shore.

First stop was Cape Bridgewater where there are good viewing spots of the ocean at the Blowhole and Petrified Forest. There were quite a few birds but they were a long way offshore making it difficult to identify (and fairly pointless photographing) anything but the largest birds, including several Black-browed Albatross


and this solo Giant Petrel. It was too far away to clearly see the colour of the tip of the bill which is the key distinguishing feature between the Southern and Northern species.


I moved on to Bridgewater Bay where a large flock of Crested Terns was found on the beach in front of the cafe and Life Saving Club. 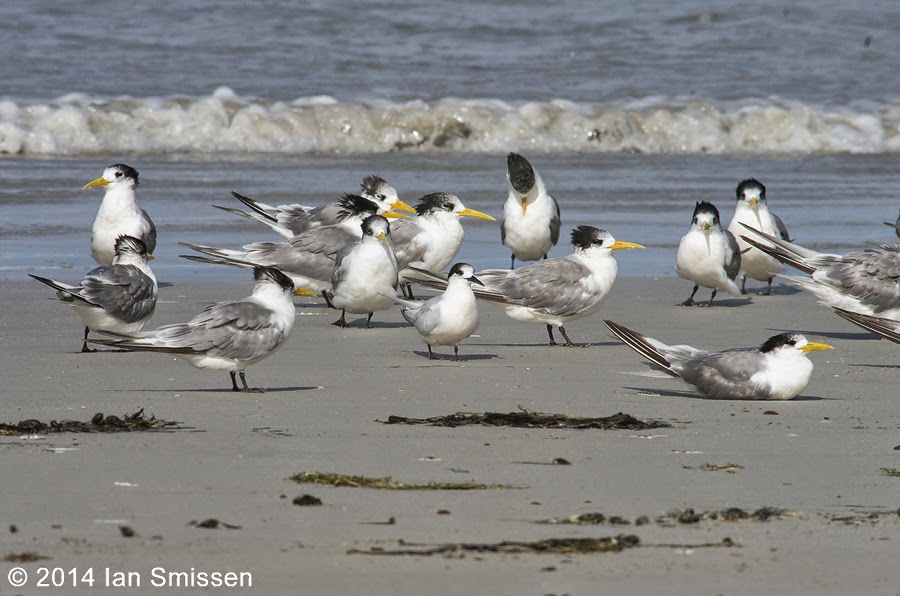 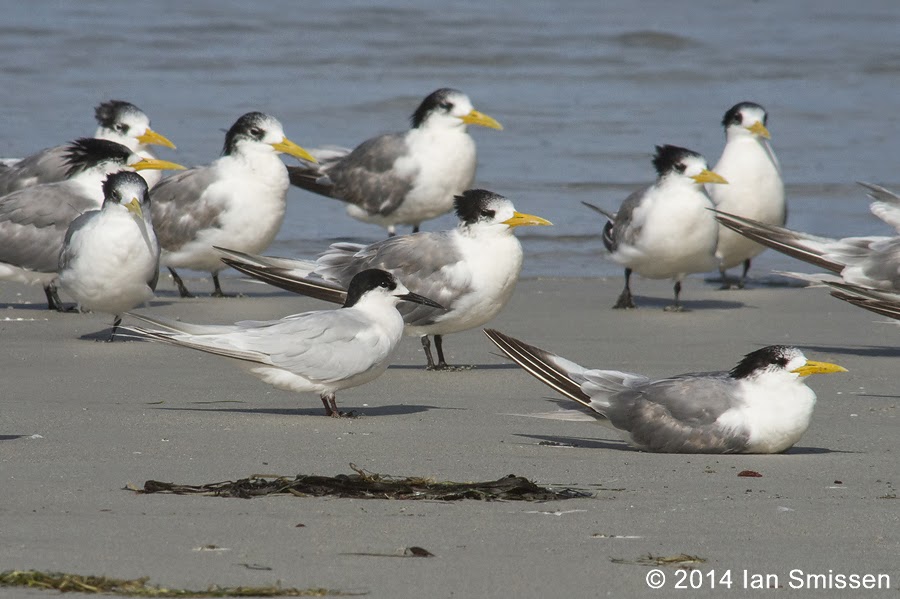 Cape Nelson was equally poor for offshore birdwatching but it did provide some good sightings of other birds including this Brown Falcon that allowed me to get really close in the car before both of us were spooked by another car whose driver thought it amusing to toot the horn as he drove by. I can't fathom what makes people think that is funny/clever but it did give me a great take-off shot, again confirming that birds of prey take-off on the wing, rather than jump into the air first as many small passerines seem to do. 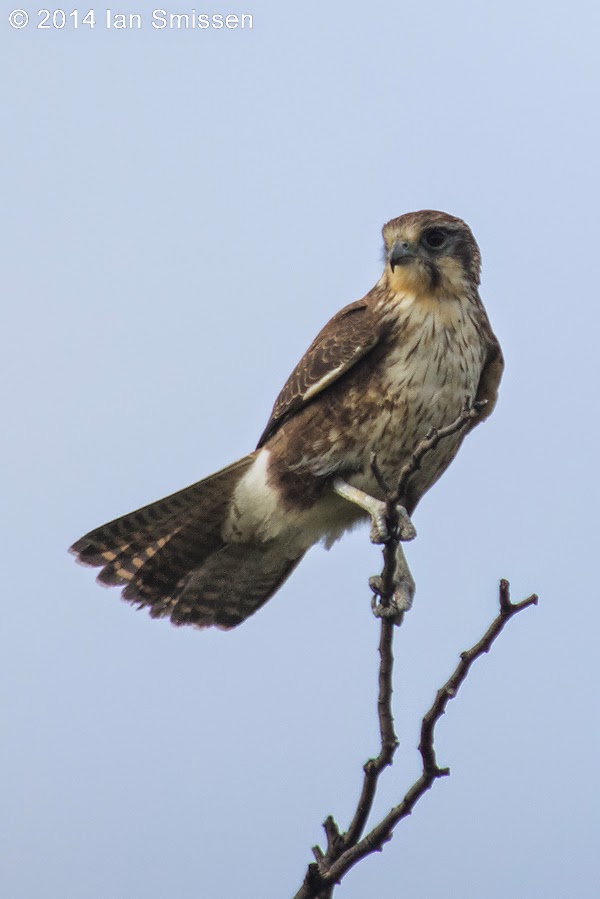 There were many Singing Honeyeaters in the coastal scrub near the lighthouse.


Last stop was Portland Harbour, where I usually manage to find something going on and today was no exception. Three Musk Ducks were cruising around the harbour: two males with partially grown bill-flaps


I know that Musk Dusks are reported to occur "occasionally in the sea" but this is the first time I have seen it. More exciting, however was when, later in the afternoon, I managed to grab this shot of one of the ducks with a crab - not a great shot as it was very dark (just before sunset with a heavy overcast sky).


The other attraction in the harbour during late afternoon is the returning fishing boats that attract a lot of avian attention when the day's catch is being processed on the pier. It gives a great opportunity for close-ups and flight shots of gulls


under the ever watchful eyes of some non-avians 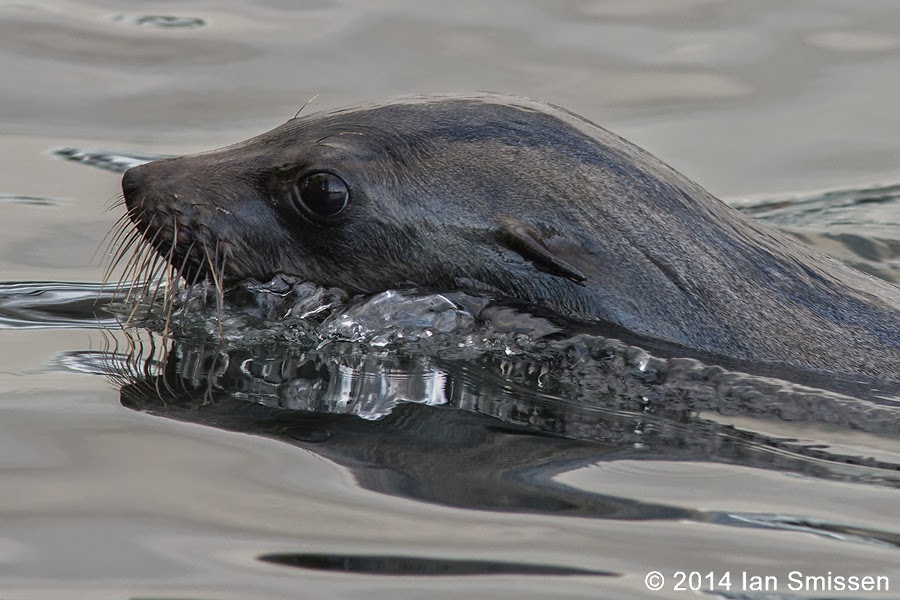 who manage to do well catching the occasional cast-offs from the fisherman.