Birds of the Thousandth Day

Today marks 1000 days since I started this blog so I was keen to add something special. Fortunately, the day had already been booked for a trip to the Western Treatment Plant with the Melbourne Photography Group from BirdLife Australia, always a great bunch of people with whom to spend a day in the field.

The weather forecast was for a cool and windy day with a light showers, which turned out to be accurate, but this didn't deter our intrepid bunch. We started at Paradise Road ponds as there have been recent reports of a Northern Shoveler sighted here. The Northern Shoveler is a northern hemisphere bird that migrates to Africa, India and SE Asia during the northern winter. Occasionally a few birds seem to miss the off ramp and end up in southern Australia. With no sign of the Northern Shoveler, we moved to Walsh's Lagoon. There were plenty of birds present including several species of raptor, large flocks of Australian Pelican, Pink-eared Duck, Red-necked Avocet, two species of stilts and a lot of Australian Shovelers but no Northern Shoveler so we drove on to the Borrow Pits for lunch. This proved fruitful for photographing avocets and stilts that were close to shore and seemed unperturbed by the many photographers pointing lenses at them. I was happy to be able to capture all three species in one image:


as well as a solo Banded Stilt in flight


and I finally managed to photograph a Spotted Harrier! I have been chasing this species at the WTP for a long time now and never managed to catch one close enough for a photograph. This one is not the greatest but happy to finally record it on camera.


Just as we were settling in for a longer shoot here, we got the call that the Northern Shoveler had been spotted back at Paradise Road ponds, so we saddled up and headed back there. As could be expected, the bird was in the middle of the large pond so could only be seen at a long distance but I did manage to get a record shot (albeit a very tight crop at long distance) for a positive ID on this male bird.


While back at Paradise Road, I also managed to get a shot of a small flock of Pink-eared Ducks (which were in greater numbers at the plant than I've seen before).


While there, a large bird of prey flew overhead disturbing the flock of Red-necked Avocets and Banded Stilts: 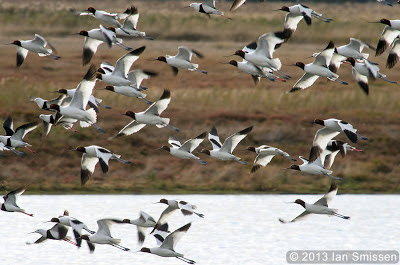 Last stop was the Lake Borrie outlet where the incoming tide made it easy to capture the Red-necked Stints feeding on the mudflats. 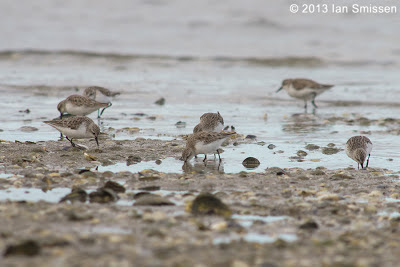 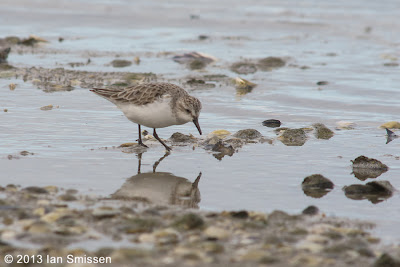 
So, very happy to celebrate the 1000th day with a lifetime tick with the Northern Shoveler and add Spotted Harrier as the 200th Australian bird species on this blog :-)